Welcome to Day 14 of my ‘Album Of The Year 2015’ top 30 countdown. I shall spare the lengthy intro, except to remind readers that my picks at 30-18 can be accessed in full via the links at the bottom of this post, so please check them out if you’ve yet to do so & tell me exactly what you think of my choices. 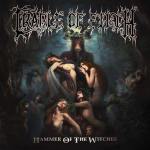 Cradle Of Filth
‘Hammer Of The Witches’
Nuclear Blast

As a long-term fan of this band, I must admit that I never really expected them to feature again in one of these lists. It has been several years since Cradle Of Filth released an album to rival their early output and I feared that perhaps Dani Filth and co. might have hit their peak early and started their descent (at least as far as I am concerned) into the abyss of mediocrity. How wrong could I be?

I’d heard whispers online and cryptically from Mr Filth himself that Suffolk’s favourite dark-hearted bunch may be making a return more closely to the blueprint of the early days having experimented with different approaches and styles over the intervening years. For me, as someone who joined the Cradle Of Filth cause around the release of their debut, ‘Principles Of Evil Made Flesh’, this was music to my ears. But I still approached ‘Hammer Of The Witches’ with caution having been disappointed in the past. 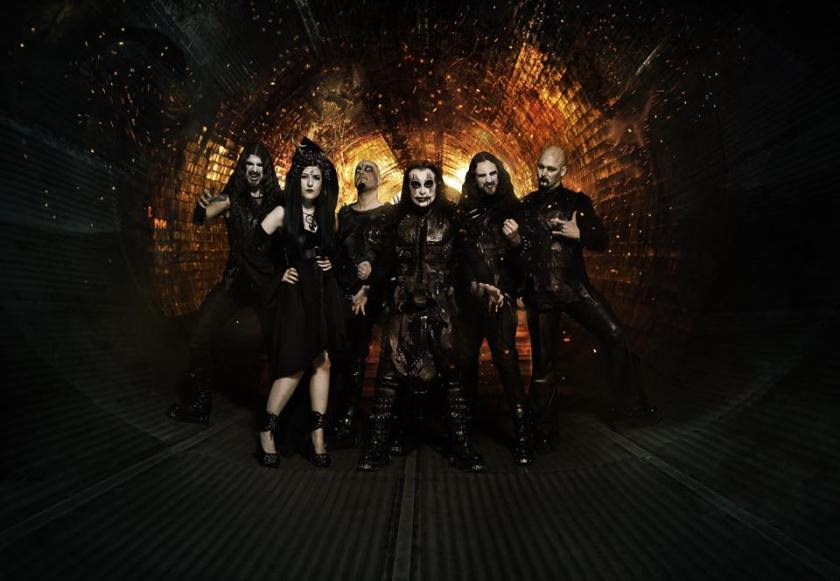 One of the problems over the years has been the curse of the ‘revolving door syndrome’, with rarely a stable line-up to be found. Once again, the clientele has chaged, but the current incarnation of Messrs Dani Filth (vocals), Richard Shaw (guitars), Ashok (guitars), Lindsay Schoolcraft (vocals/keyboards), Daniel Firth (bass) and Martin Skaroupka (drums) feels like it could be the strongest for a long while. And, based on the output on this latest release, I hope it remains together for the long haul.

What I really like about ‘Hammer Of The Witches’ is the really nice blend of music on the album. It sounds modern and relevant, in keeping with their more recent releases but it also manages to reintroduce some of the traits that helped to define those earlier albums. From the opening ubiquitous instrumental ‘Walpurgis Eve’, it is evident that the cinematic and theatrical bombast has returned. Cradle Of Filth have always been an extreme metal band with a spine of black metal and lush Gothic overtones but, to my mind, have always been at their best when pushing the envelope in terms of the symphonic and dramatic aspects albeit often imbued with a darkly mischievous sense of humour and clever word play.

‘Enshrined in Crematoria calls to mind the likes of the classic ‘Nocturnal Supremacy’ for example, before veering into more of a 90s Gothenburg-esque melodeath meets black metal direction. And yet, the groove and heaviness of one of the central riffs is infectious and an excellent counterpoint to the speed and frenetic nature of the surrounding material.

‘Deflowering The Maidenhead’ on the other hand is swamped in rich orchestration in the best ‘Dusk…And Her Embrace’ traditions whilst also incorporating the kind of melody that wouldn’t sound out of place on the 1998 album, ‘Cruelty And The Beast’.

To quote the full review I wrote around the time of it’s release: “There is simply no let-up in the quality either as the title track breaks open the harpsichord to compliment more wonderfully wrought staccato riffing and a mass of symphonic and cinematic theatrics that underline the fact that Cradle Of Filth are at their best when they are churning out pompous, grandiose and downright over-the-top music that revels in its own decadence and malevolent extravagance. Elsewhere, the lead ‘single’ ‘Right Wing Of The Garden Triptych’ offers bombast, plenty of melody and heaviness whilst also bringing the male/female vocal jousting to the fore. Lindsay Schoolcraft has a great voice that’s the perfect fit for Cradle Of Filth thanks to a demonstrable flair for the dramatic.”

A great production and those darkly poetic lyrics wrapped up in a grand concept story only add to the undeniable majesty of ‘Hammer Of The Witches’. Put all these elements together and we’re inexorably heading towards an overall package that simply cannot be ignored. As I also said during my review, “this is the most excited and enamoured I have been with Cradle Of Filth since the late nineties and there’s a reason for that; ‘Hammer Of The Witches’ is an exceptional album, one of the band’s very best.”

I staunchly stand by this observation several months after the dust has settled, too.

And from previous years: