Welcome to the third and final part of my round-up, looking at the best albums to have been released during the first half of 2017. It is an eclectic list overall, where there’s room for extreme metal and progressive rock alike. But for someone who has wide-ranging tastes with a rock and metal framework, this is exactly what I expected and it is great to see that 2017 has, so far, delivered the goods across a decent breadth of genres.

If you have missed the previous two installments of this series, click the following links:

Just thinking about this album puts a smile on my face. It is pure, unadulterated and undiluted old-school death metal and it seriously kicks ass. But, whilst the compositions themselves reek of days gone by, the production is bang up-to-date. This might put off some purists but for me, it just makes the entire listening experience all the more impactful and powerful. If you listen to this but fail to bang your head or grin like a loon, the chances are that you are either not a metal fan, or you’re dead.

“I remember the days when I heard Entombed for the first time or Obituary, Dismember or even At The Gates. To a greater or lesser extent, these are all good reference points for the output of Deserted Fear and I get the same kind of overall feelings listening to ‘Dead Shores Rising’ as I did when I first listened to the aforementioned. The power, the brutality, the malevolence, the clandestine melodies, and the more overt hooks – it is all there and it is thoroughly absorbing. This is the kind of no-frills, headbanging, groove-laden death metal with a hint or two of melodeath that I really enjoy listening to.”

“I have absolutely fallen for the immense charms of Deserted Fear and this, their third full-length studio album. ‘Dead Shores Rising’ is a totally compelling album that has completely renewed and reinvigorated my love for death metal. It is bold, it is savage and it kicks some serious butt. What more could you possibly want?” 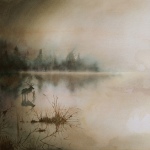 Having been blown away by their previous album, ‘Otta’, I was desperate for Sólstafir to repeat the trick with their latest record, ‘Berdreyminn’. It was always going to be tough given the strong connection that I have with ‘Otta’, but I have to say that Sólstafir have not disappointed. I can say that with even more conviction now that I have had a chance to hear the material in the live setting where it came alive more strongly and made even more sense. Packed with atmosphere and emotion, it beautifully conveys the bleaker recesses of human feeling, whilst painting glorious vistas in the mind of their striking homeland, Iceland.

“And what Sólstafir have succeeded in doing so eloquently with ‘Otta’ and now this new record, ‘Berdreyminn’, is give voice to the natural splendour of their native land, as depicted in the evocative cover art work courtesy of Adam Burke. Fragile and brittle melodies alongside quiet and calm soundscapes give rise to introspective thought and an appreciation of the beauty of their homeland. But juxtaposed with this are sections of grittier, heavier and more powerful swells and eddies of sound that serve as a timely reminder that the beauty can be deceptive, ready to ensnare those unprepared for the harsher, more unforgiving realities of the oft bleak and barren land.”

“…how can one fault music that has such heart, such life and such majesty? More importantly for me though, ‘Berdreyminn’ serves to merely strengthen my deep love and affinity with Sólstafir’s homeland. And for that I am forever thankful.”

Over the years, I have become a big fan of the movement known as ‘blackgaze’, the genre that seeks to blend the extremity of black metal with the melodic intensity and beauty of shoegaze. When I thought of blackgaze in the past, I’d immediately call to mind the likes of Alcest or Amesoeurs. But now, in 2017, I can confidently add the name Asira to the list. For a debut outing, ‘Efference’ is a stunning body of work that delights at every glorious twist and turn.

“…the skill of Asira has meant that the final product sounds so effortless and so simple. The warm ambient and atmospheric sections sooth and embrace you, whilst the melodies catch your ear almost immediately. And then, even when these passages are replaced by the naked aggression of cold and icy black metal, sometime abruptly, the juxtaposition doesn’t feel forced or clunky in any way. The compositions are ambitious and grand in scope, but they also feel homogenous and eloquent.”

“On the basis of ‘Efference’, I can only predict big things for Asira. If their debut album can be so ambitious, cohesive and assured, what on earth will their second, third and fourth albums sound like. We can only wait and see. However, for now, content yourself with the fact that there’s a new band in existence that has so much potential and simply immerse yourself in ‘Efference’. As blackgaze goes, this is one of the best I’ve heard in a long, long time.”

In my eyes, John Mitchell can do no wrong. Whatever band he is involved with, be it Arena, It Bites of Frost*, the results are always fantastic. And then, when he stretches his musical wings and goes it alone, the results are equally as compelling. ‘The Big Dream’ is John Mitchell’s sophomore outing under the moniker of Lonely Robot, where he is responsible for everything aside from the drums. In keeping with the debut, it is an album of lush and hugely cinematically-tinged progressive rock full of depth and musical eloquence.

“…ultimately, I am blown away by this album, regardless of the meaningful threads that clearly run through it.”

“I am a big fan of the Lonely Robot debut, ‘Please Come Home’. But if anything, I think ‘The Big Dream’ is even better…I just feel that the music itself is just that little bit stronger. It is definitely more consistent, simply because there isn’t a wasted moment, a weaker track or a let-up in the quality on offer. It takes its time to work its magic though, so if you feel uneasy or underwhelmed after a first spin, listen again. And then again, several times more. The payoff is well worth it.” 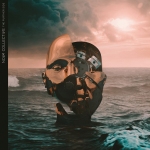 Nova Collective
The Further Side

Normally, I vehemently dislike instrumental music, particularly when the music is technical fusion. However, like all rules, there is an exception and the exception to this self-imposed rule goes by the name of Nova Collective. Featuring an all-star cast, spearheaded by Haken’s Richard Henshall and Dan Briggs from Between The Buried And Me, there was no way that the output would be poor. But what I wasn’t expecting was to actually become engaged with the music and absorbed by it. Unlike many other records in this loose genre, the music is more than background noise; instead the compositions are well crafted and intelligent whilst also remaining memorable.

“I like this album. I really like this album. Naturally as you might expect from a quartet who fuse prog with jazz, classical and other world music, the complexity is very high across the board as is the technical prowess and the individual dexterity of each member, demonstrating beyond doubt that they are in complete control of every note.”

“For the first time in ages, possibly forever, I am listening to an instrumental progressive jazz fusion album and I am not bored to the very core of my soul. Instead, I want to press play and listen to it all over again. Maybe I am maturing and with that, so are my musical tastes? Quite possibly. However, I think it has more to do with the fact that Nova Collective have actually written music that is intelligent and challenging but that is also vibrant, melodic and engaging. Bravo, Nova Collective, bravo.”