I have a feeling that today’s choice will raise a few eyebrows and might divide opinion somewhat. I have no hesitation in including this album in my ‘best of’ list but I suspect that it might cause surprise amongst those that know me or have been long-term readers of my blog.

Before I divulge the album, remember that you can read all of my previous posts in this countdown as well as the lists from 2012 and 2013 by clicking the links at the bottom of this post.

I was given this album to review for Powerplay Magazine a few months ago. Had I not, it is perfectly conceivable that I would never have even crossed paths with this record. This kind of music is not generally my standard fare; indeed if I’m being less kind, I’d go so far as to say that I have a general dislike for this style of music. And the style is, exactly? It’s actually difficult to pigeon-hole Nothing More into one single genre, but for brevity at this stage, I’d say modern hard rock that contains elements of nu-metal, djent and demonstrable pop-rock sensibilities in one big melting pot of what I’d normally, rather cruelly dismiss as plastic teenage ear candy, the likes of which can be heard on commercial radio stations the world over. I have been proved wrong, at least with this record anyway. 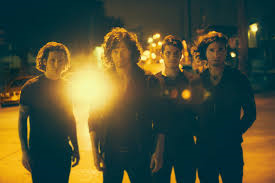 As I was reviewing it and owed the band a fighting chance and a fair review, I kept listening. The first couple of spins led to some toe-curling on my part but the more that time passed, the more I realised that I was enjoying listening to the record. Moreover, I realised that I was actually choosing to listen to it over other music. It was almost subconsciously that I found myself hooked and rather fond of this record. 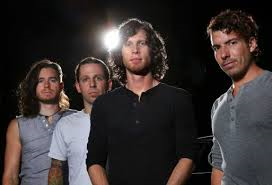 ‘Nothing More’ is the fourth album from Texas-based band of the same name and, out of left-field, it has become a firm favourite with me. If I’m being entirely honest, I would suggest that there is not very much within the Nothing More armoury that’s overly original or unique. There is an element of djent to some of the surprisingly heavy riffs littered throughout the compositions as well as a touch or AOR here and there. But that’s about it. Why do I love it so much then?

What makes this album so strong in my opinion, is the combination of cocksure conviction from the band, a great song-writing nous and the inclusion of some of the biggest and catchiest choruses I’ve heard for quite a while. The hooks are massive and the whole thing begs to be sung along to with real gusto; indeed it’s a proper ‘feel-good’ album. That said, there’s an impressive subtle sophistication to much of the material which on one hand owes much to the Blink 182 and Sum 41 schools of music but on the other, calls in more complex favours from the likes of the now sadly defunct Fair To Midland or even channels the spirit of AOR via a couple of stunning choruses.

Nothing More have done two things for me – they have proved that I can be a bit of a dismissive music snob at times and that there’s great music to be heard from all corners of the rock and metal world. I’m neither embarrassed or ashamed to include an album like this in my Top 20 list. And neither should I be. If it’s good music and has a positive impact on the listener, damn the genre, press play and enjoy. I do, and on a frighteningly frequent basis at that.

Check out the other posts in this series:

And if you’re interested, my similar countdowns from previous years can be accessed here: