If you’ve missed any of my previous posts in this countdown, links can be found at the bottom of this post. 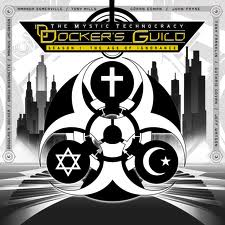 There is no explaining some things; they just happen. Like this, an unknown act finding it’s way into my top 20 at position 11. The work of one man, Douglas R. Docker, ‘The Mystic Technocracy’ is an ambitious prog rock opera that features a wealth of guests from the world of rock/metal including Goran Edman (ex-Yngwie Malmsteen), Amanda Somerville, Guthrie Govan (Asia) and Tony Mills (TNT). 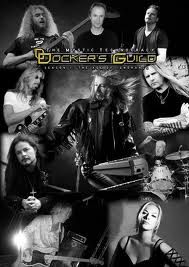 With a keyboard-heavy core, this album draws influences from the likes of Yes, early Genesis and, more currently, Arjen Lucassen, blending them with inspiration from West End musicals, 70s pop and AOR, pulling it all together into a 15 track delight. The concept is classic prog, exploring the effect of blind faith within three of the main human religions against the science-fiction-inspired backdrop of a silicon-based life form which created religion as a way of controlling, manipulating and ultimately destroying humanity.

It may sound bonkers and a little over-the-top and I certainly had my doubts before giving it a proper listen. And then, it all began to make sense and now, every time I listen, I smile, I chuckle and I sing. Very badly.

If you’ve missed any of my previous posts, they can be found here: